Happy New Year! 2017! Wow. I don’t know about you, but I’m happy to see those last two digits change, and with the progression, I look forward to a blank slate–a year filled with possibility and opportunity. I’m also reminded of years past, and I grow nostalgic of certain milestones in my life. This New Year’s Eve, I celebrated 17 years as a non-meat eater. The stark revelation of how many years it has been since that cold Illinois night when I looked down at my skillet and decided that I could no longer be a hypocrite nearly overwhelms me. That night, I put a change into motion that forever altered the course of my life. No, it wasn’t the only life-altering moment I’ve ever experienced, but it was a major one.

My family believed that if you didn’t ingest meat, you weren’t healthy. There were meals where meat was absent, but my parents tried to make sure that a meat was served at least once a day. Meat equaled nutrition to my parents. They did not see it as a bad thing, and they certainly did not have a clue as to what was happening to animals on the slaughter room floor. I never discussed the plight of farm animals with my parents. My father had hunted animals and my mother cleaned and cooked the animals he killed, but as a child, that was as close to a discussion or experience I had with them regarding humane methods of killing animals.

I never cared for meat. Yes, I ate it. I was taught to eat what was placed before me. However, when given the choice, I gravitated toward vegetables and fruits.

Educating Myself and Others…

From the age of 18, I was involved in animal welfare causes and rescue organizations. With each passing year, I became more involved, and I would later begin working with a local humane society and eventually become the vice president of the Board of Directors.

As an animal advocate, I rescued animals from horrific conditions and treatment. I saw behind the curtain of slaughterhouses when I learned how animals raised for human consumption are treated and killed. Once you know these facts, you can never “unknow” them. You can never mute the cries of pain.

I spent a majority of my time educating the public about humane animal treatment.  I opposed dog fighting and worked to enact legislation that would increase the penalties for participating in the activity. I worked diligently to help provide a voice for the animals who had none. Suddenly, on New Year’s Eve in 1999, as I stood above my skillet filled with popping fried chicken, THE truth hit me, and I could not unring that bell. How could I, in an attempt to raise funds and awareness for abused animals, participate in a fundraiser where I served a meal that included animals who were treated similarly or far worse? I was a hypocrite, and I did not want to be one. The only difference was a label–one is pet and the other is a commodity. Pain and suffering spans all species and labels. I turned off the skillet, and over the next few days, my three dogs would consume the chicken that pushed me into a new year and awareness about my life’s journey. I lived in a rural part of Illinois. The small store twelve miles from my house sold pantry staples, but if you wanted something else, you had to travel to one town 45 minutes away, or drive over an hour in the other direction. It was 1999, and meat substitutions weren’t on every store shelf and readily available. I didn’t have a friend who was vegetarian or vegan, so I didn’t have a model from which to learn or emulate. As a lover of food, especially southern foods, I really didn’t know what to do, but I knew that my days of eating meat were over. I became a vegetarian.

I embraced the challenge, and on New Year’s Eve in 2009, I became a vegan.

“I couldn’t live without meat” is a comment I’ve heard many times. Well, look at me, eating a plant-based diet for 17 years and living just fine! Deciding to leave animal products and by-products out of my diet is the best decision I have ever made. Unlike other decisions, I’ve never regretted it.

Happy New Year! May 2017 be a year of growth and success for you.

Categories: Getting to Know Me, Personal Essays
Tags: compassion, food, plant-based, vegan
Get Social With Me!
Subscribe to Blog via Email
Don’t Miss A Word…
Sign up for my "Official" newsletter. I don't always send out a newsletter, but when I do... you won't want to miss it. Sign up!
Purchase Manual Exposure 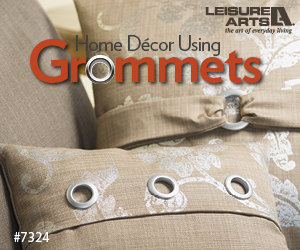 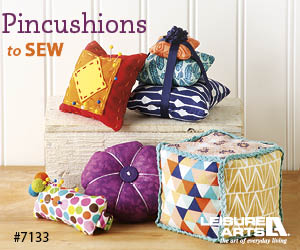